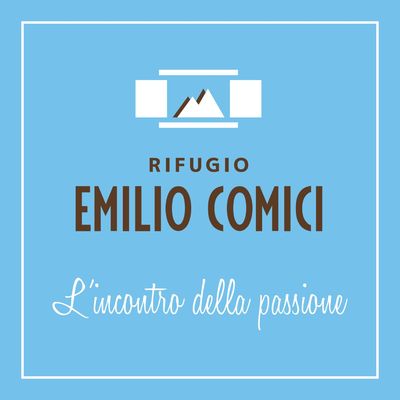 Enjoyment at
the highest level 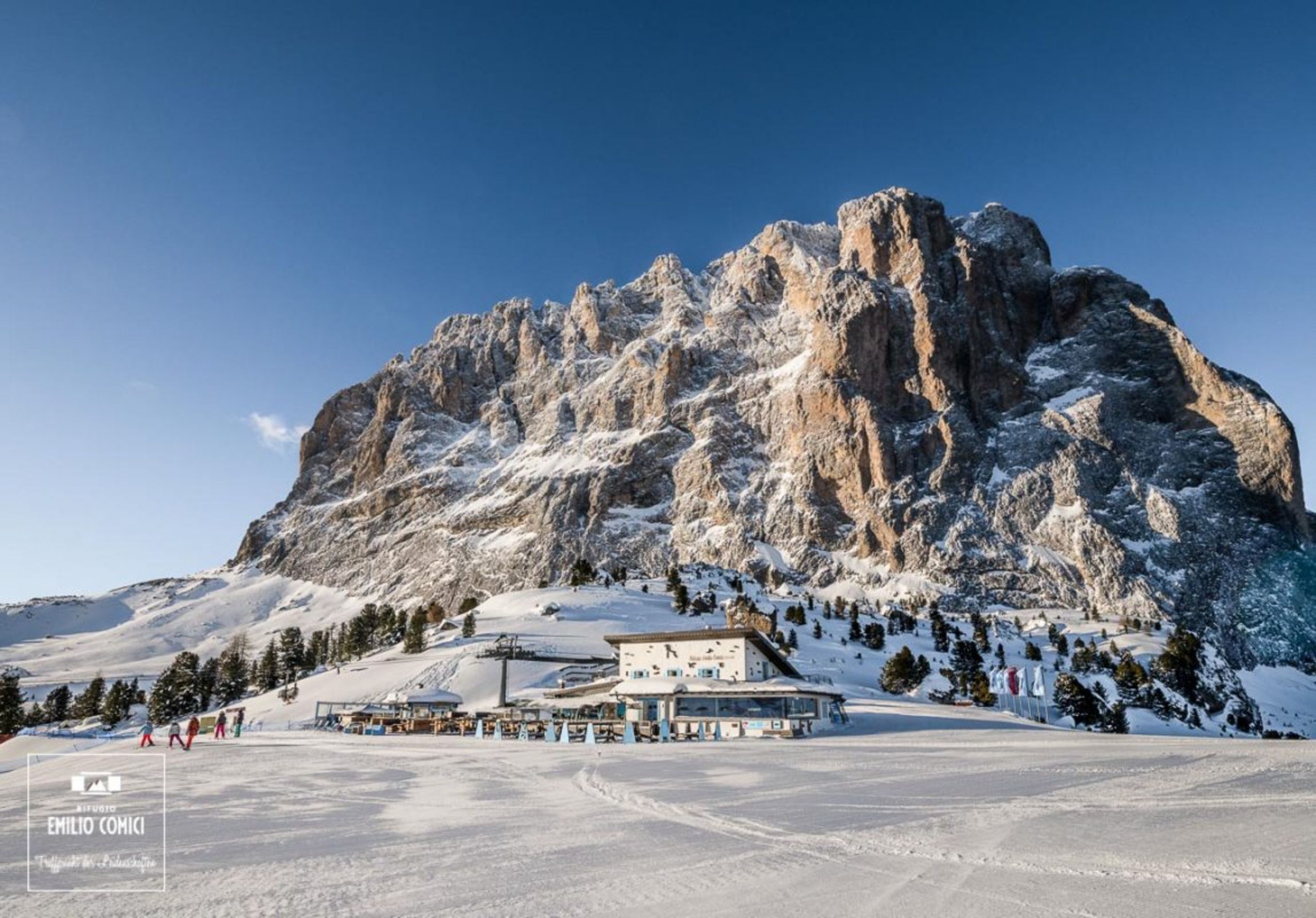 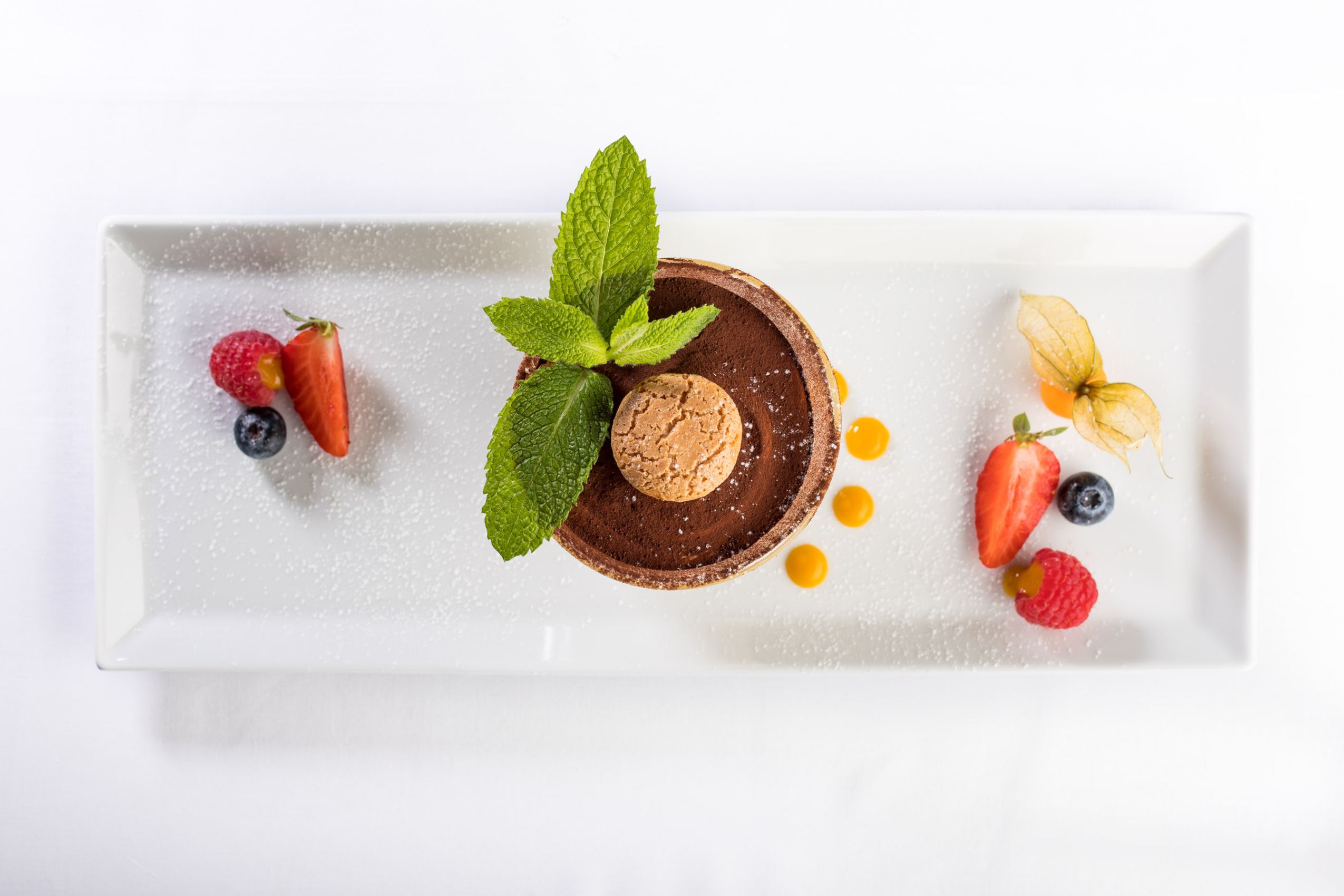 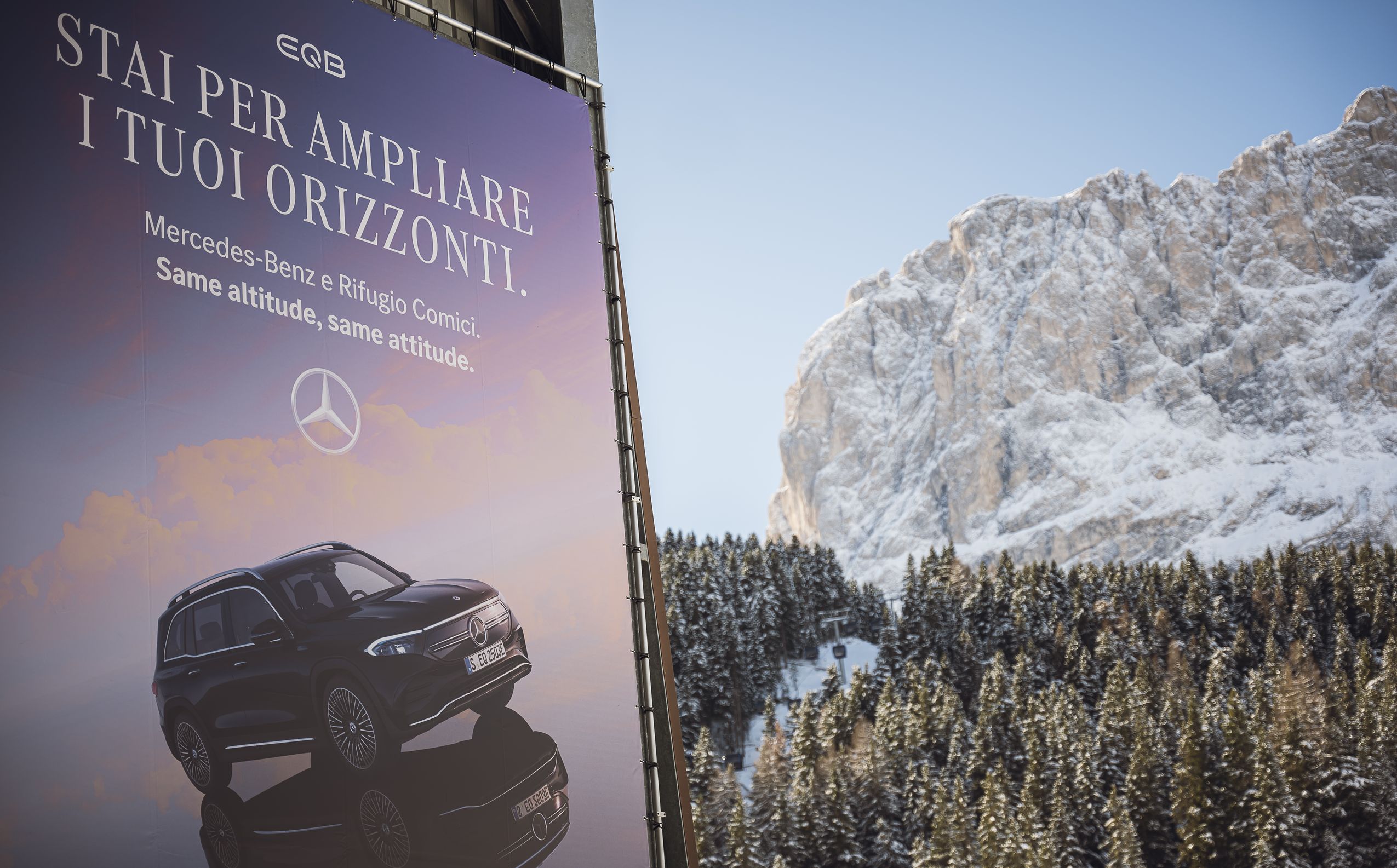 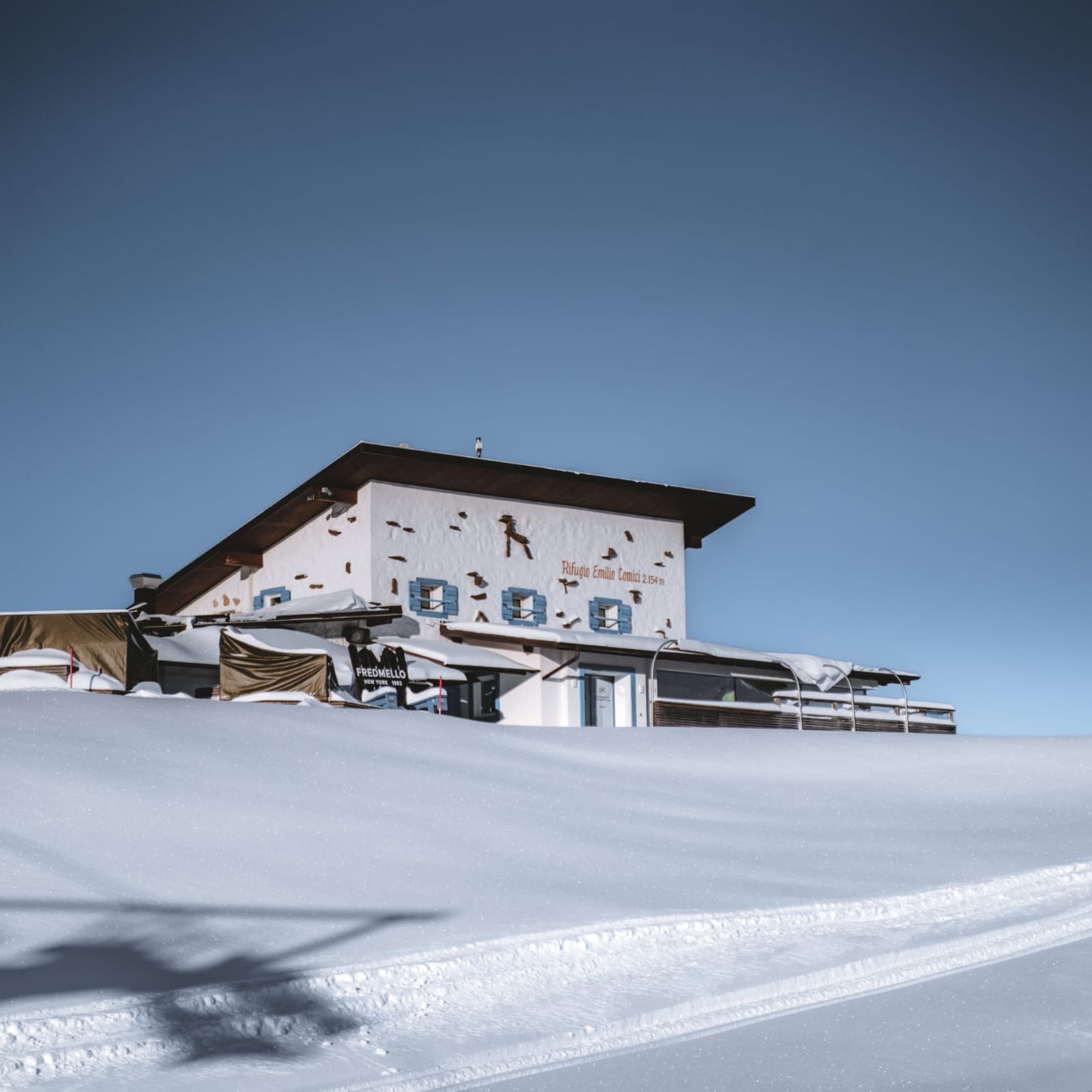 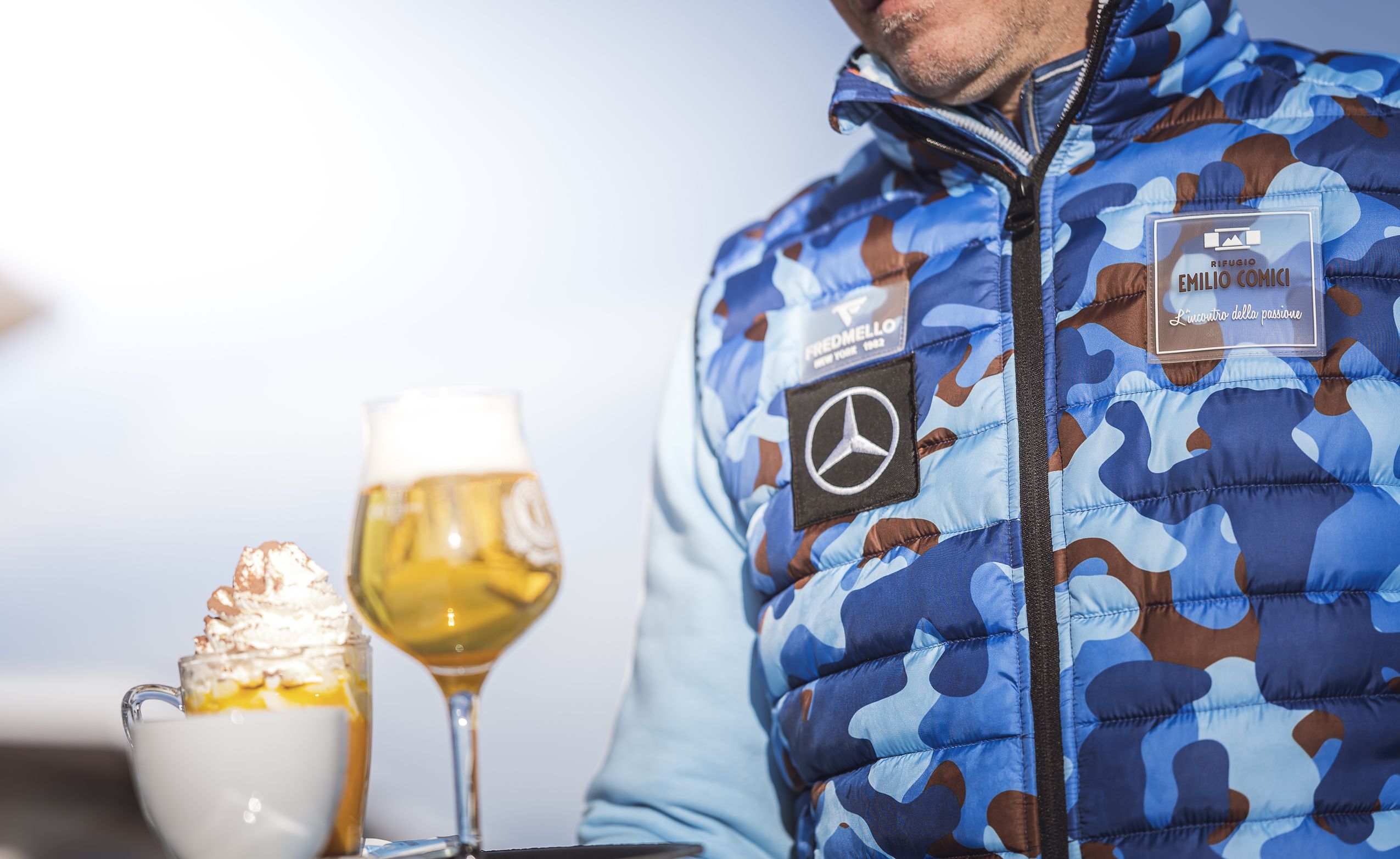 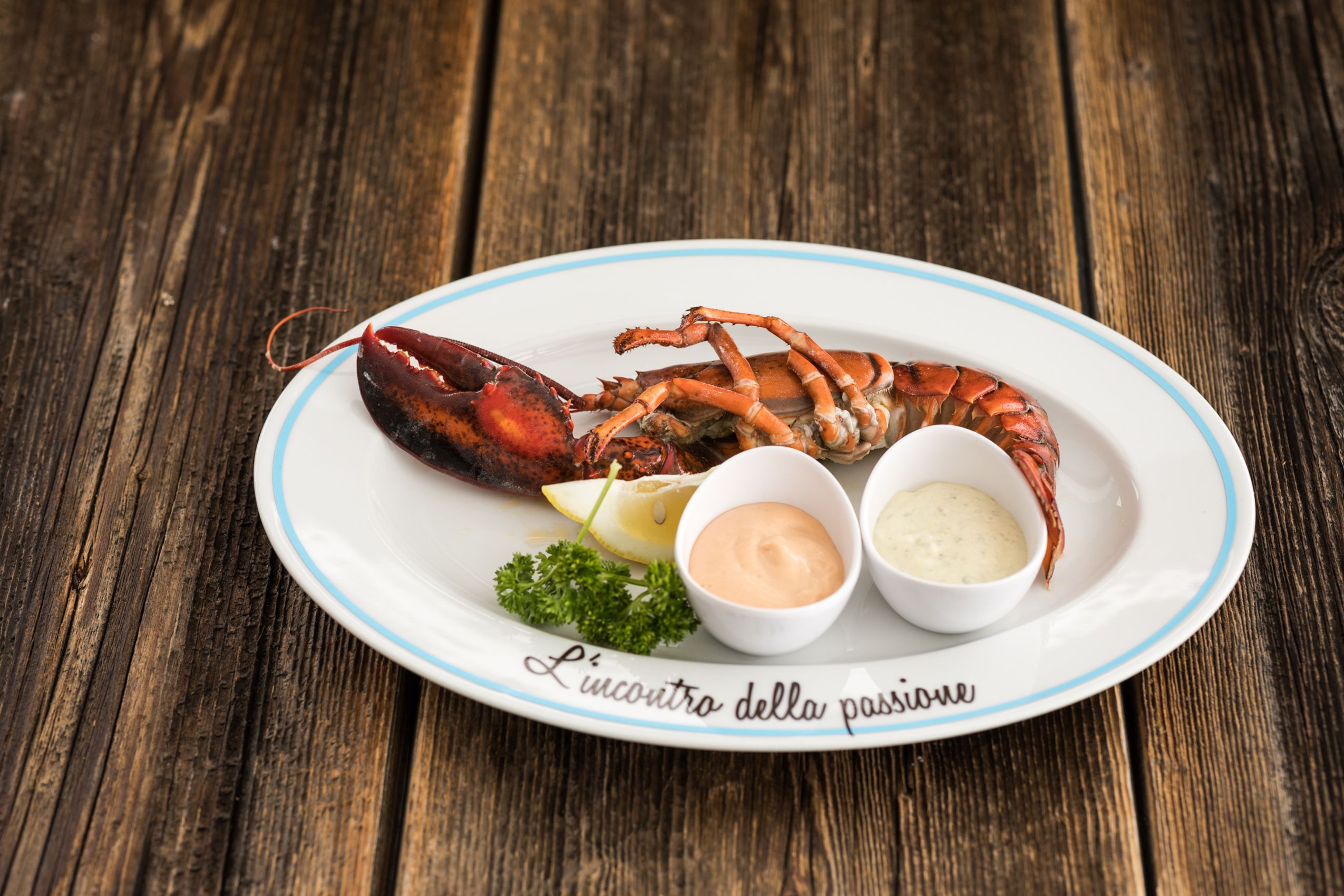 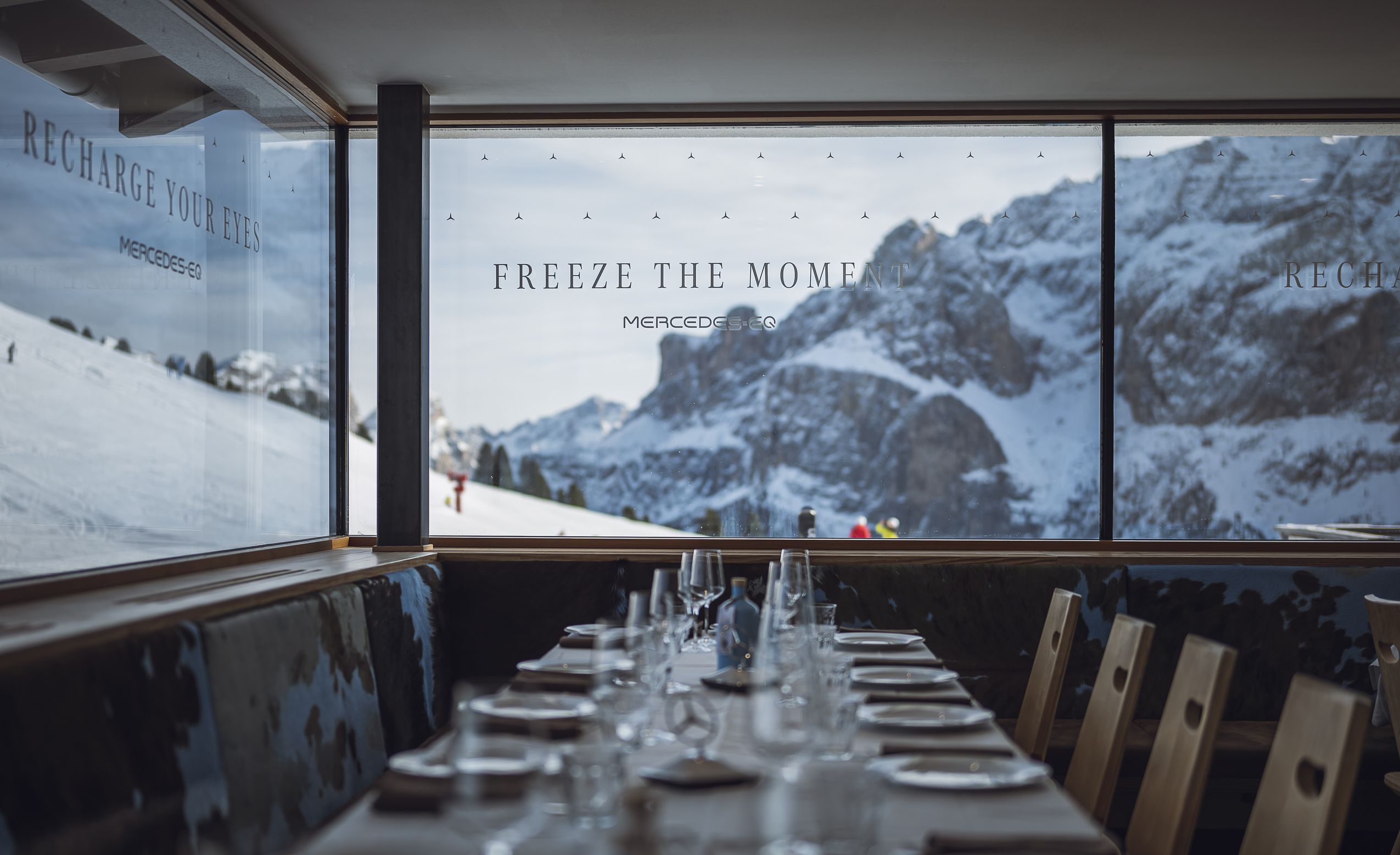 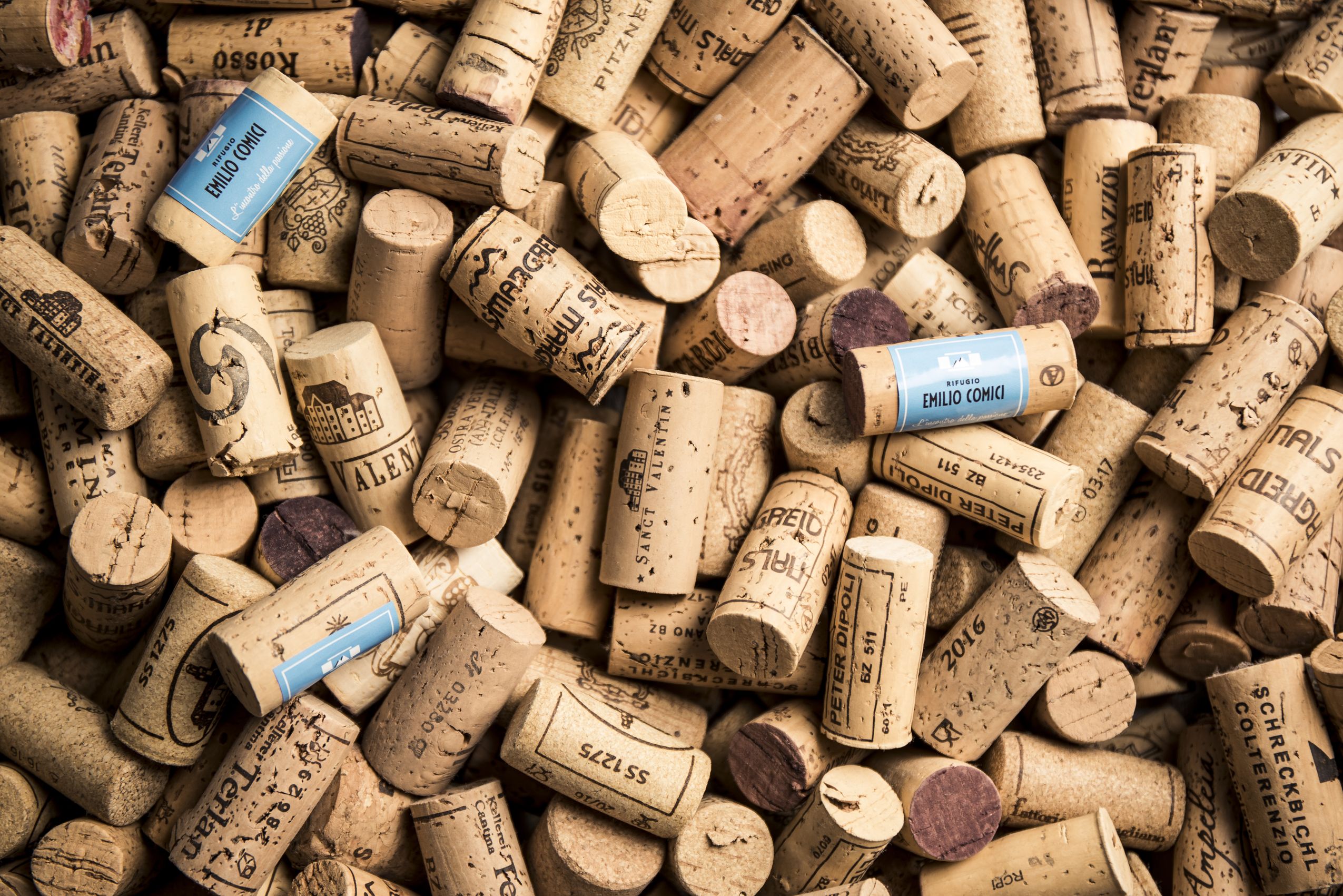 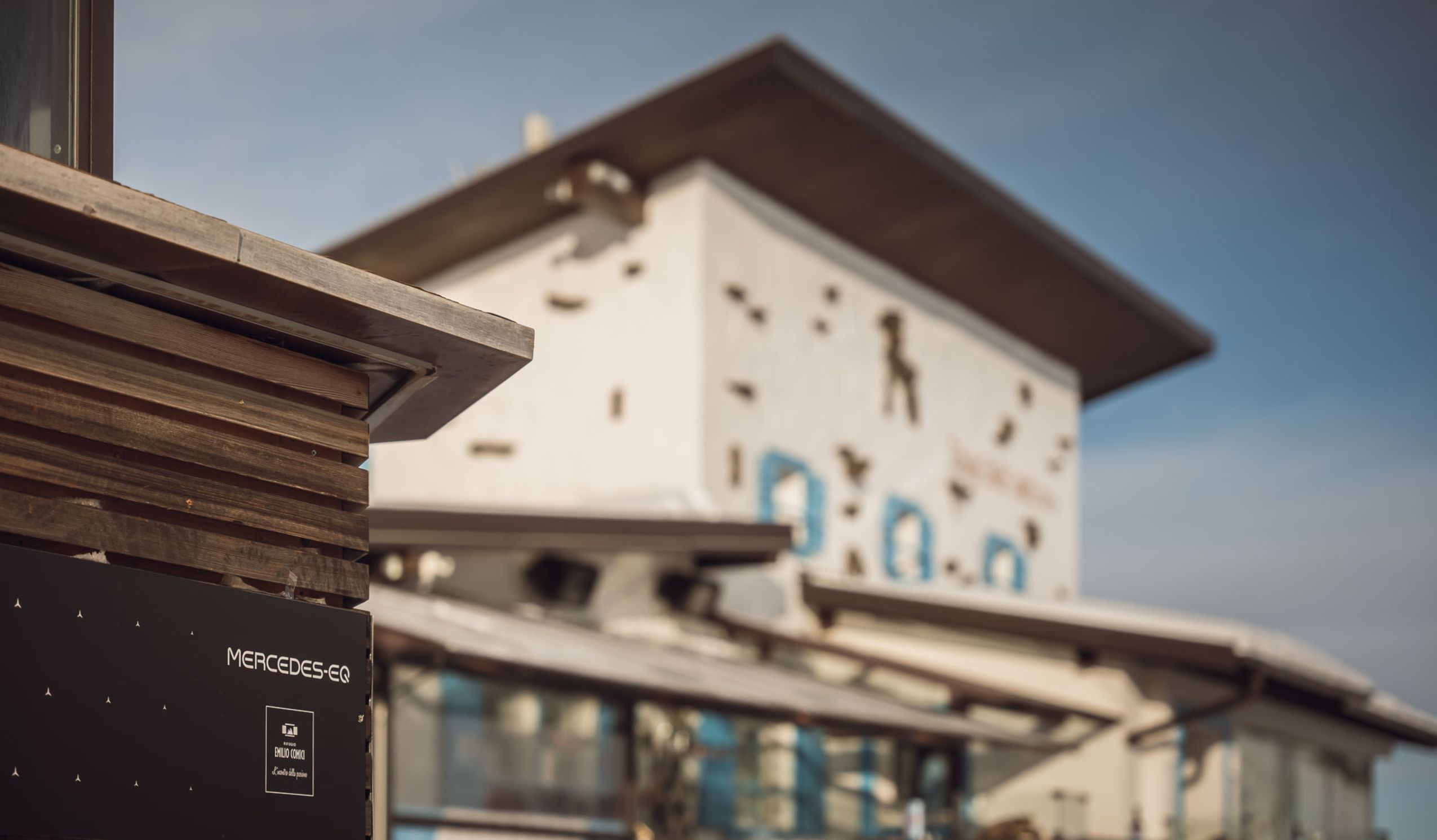 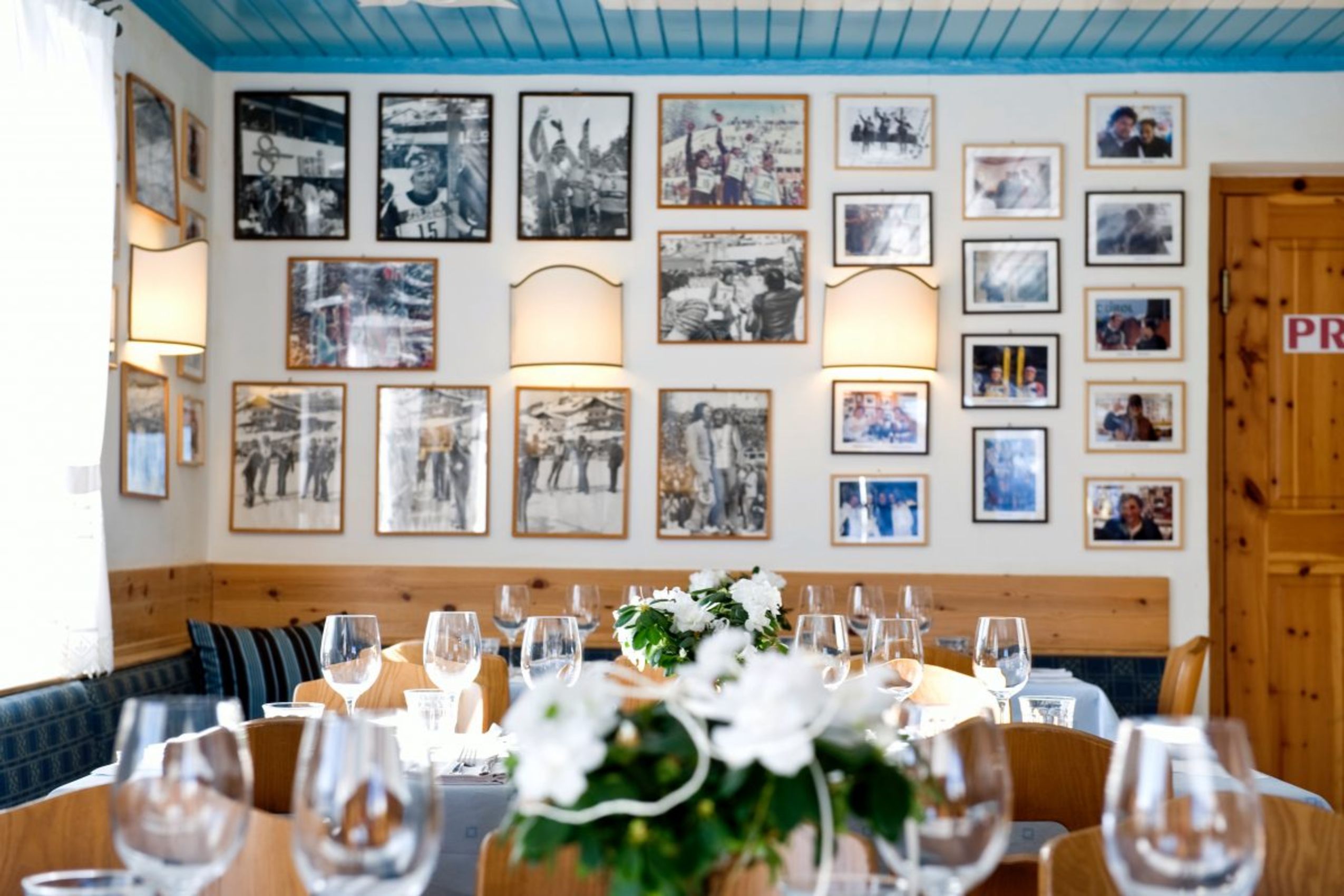 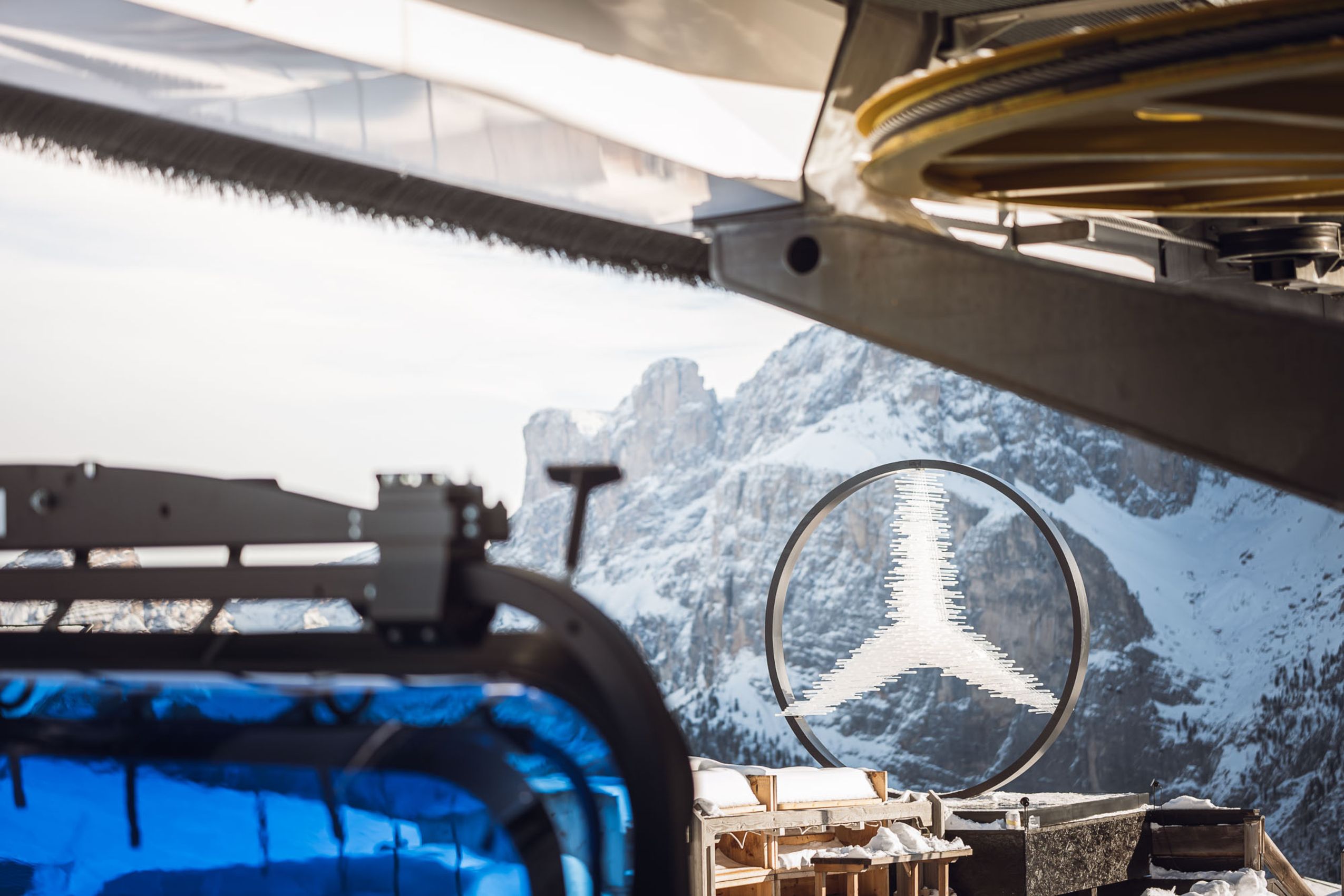 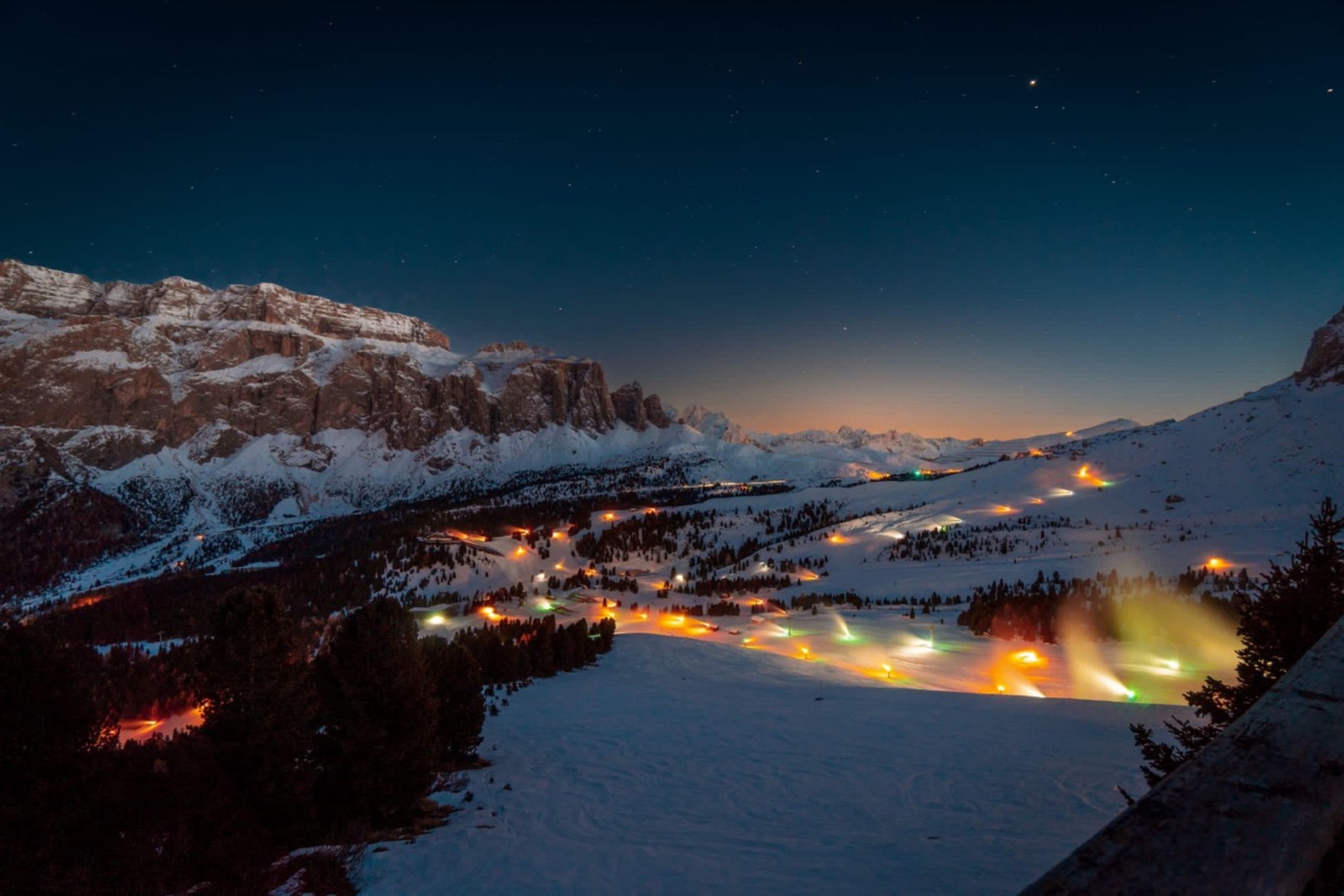 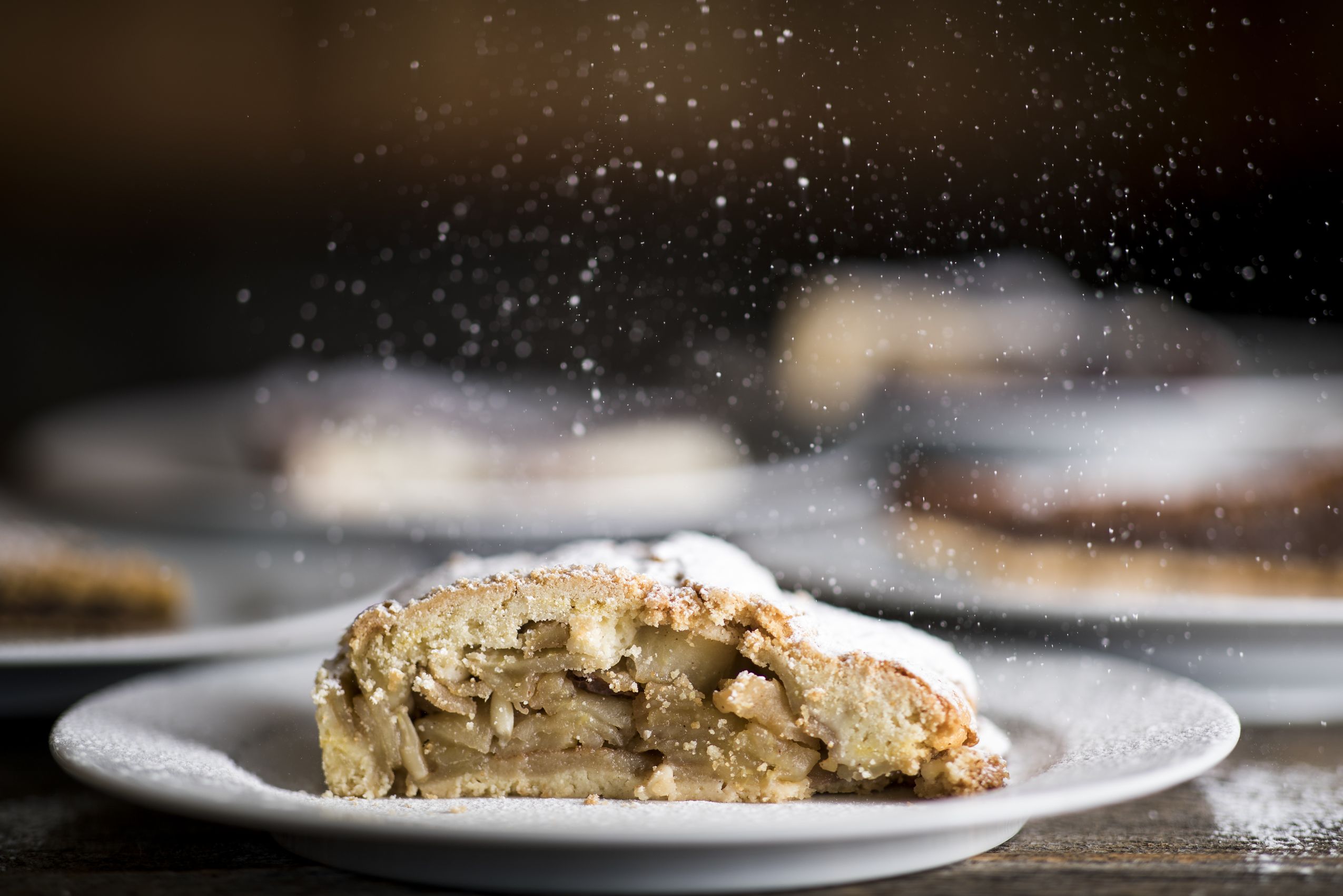 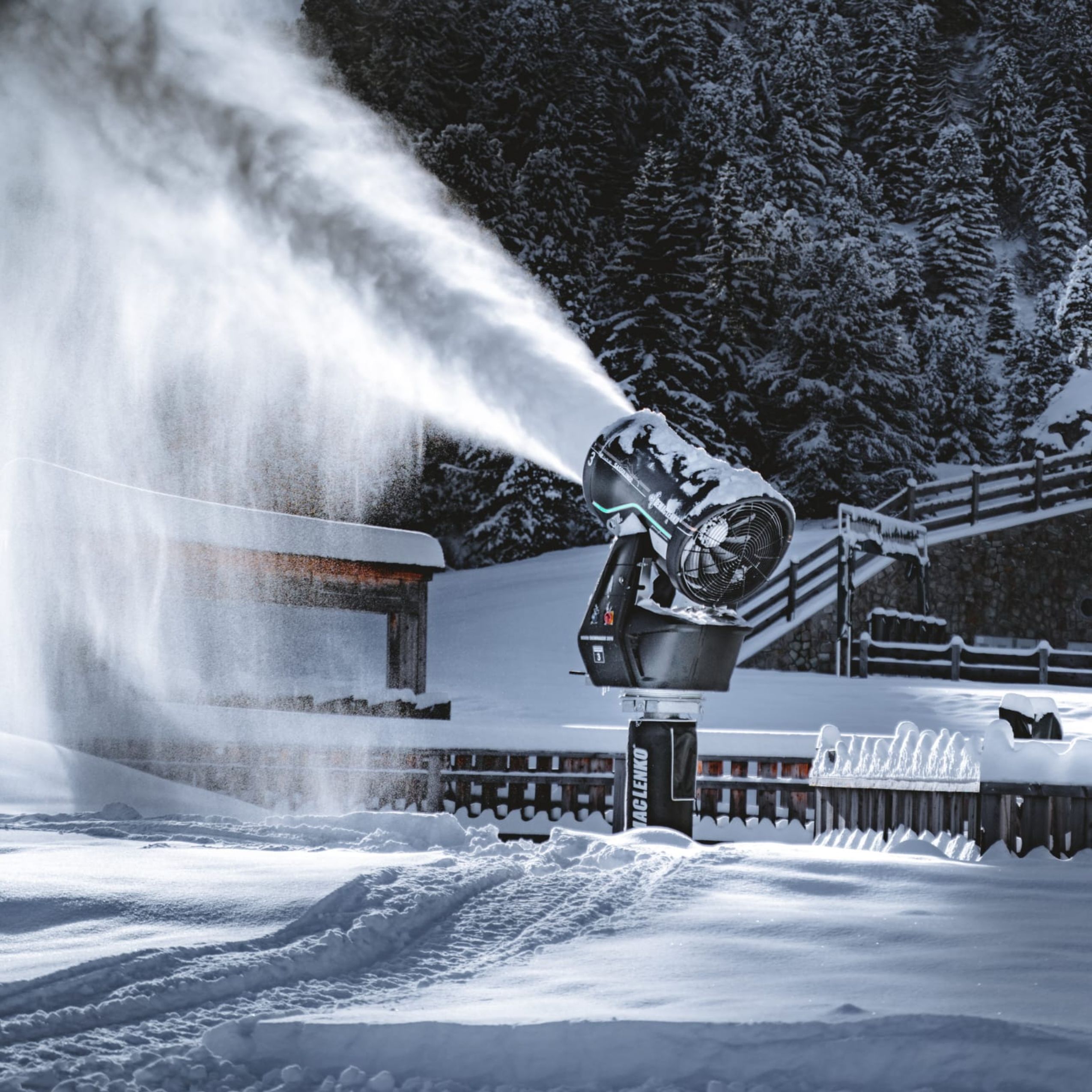 Go steady with the champagne! The bubbly deliciousness makes its way through your veins faster up here than anywhere else. It’s not just the altitude that gets your heart pounding a few beats faster. Just look at this view! And now – look in front. Something truly tasty is coming your way. Freshly‑caught fish from Grado. Herbs hand-picked from the mountains. Served on the finest china. Because who says a mountain hut can’t be a little decadent? Now, of course, you’d like to know where to find it all. We’ll reveal all: At the loveliest spot in the Dolomites. At the foot of the legendary Forcella Sassolungo. Whether on skis in winter or on foot in summer – just look out for the sky-blue shutters. Or follow the sound of clinking champagne glasses and the chatter of happy, cheerful people. And then – to your health! But don’t say we didn’t warn you about the champagne. Okay?

The treasures of the sea. Brought to the very summit.

Cuisine in the Rifugio Emilio Comici

He would pull the fish out of the Adriatic waters with his bare hands himself if he could. But handling every single aromatic alpine meadow herb with kid gloves at the crack of dawn in summer is more than enough. Our chef the cuisine is a fresh fetishist. One dedicated to good taste – right down to his fingertips. So, our chef has to settle for our own fishermen taking to the waters of Grado every day to make you happy. Because that’s all we want to do – offer tongue-tantalising dishes. Pamper your every sense. With the finest fish fayre around. Sophisticated Alpine cuisine and sinfully wicked desserts.

The ambience in the Rifugio Comici in Val Gardena

Who says retro chic and contemporary don’t go together? And whoever said you shouldn’t eat from silver plates at an altitude of over 2,000 metres? Precisely! We have been indulging our affection for the exceptional up here at the Rifugio Comici since 1955. Expect white damask tablecloths and rustic wooden panelling. Champagne corks popping and laid-back tunes. Needless to say, we’ll cater to your every wish, indoors and out. Let us take care of you. Tempt you. Spoil you. You deserve it.

Come and see for yourself.

Take to the heights. Raise your glasses!

Our Apero at 2,154 meters above sea level

For celebrations that simply have to be remembered. The diamond sparkle of snow crystals. The fact you’re just having the time of your life today. Aren’t these excellent reasons for popping corks? Celebrate the tradition of the Alpine Apero with us. Lean back. Put your feet up. In a setting so beautifully kitschy and with company that couldn’t be better, raise your glass with us here: To the alpine glow of the mountains. Our chef. Or simply yourself.

Find out more about our Apero:

Because there’s always a reason to celebrate.

Events at the foot of the Sassolungo

If there’s one thing we can do really well, then it’s: Parties. We love lavish parties. Cosy dinners. And everything in between. There’s nothing we like better than to put a smile on the face of you and your loved ones. With events that only we can pull off. With a service that is something to be proud of. Weddings. Closing deals. The birth of your fourth daughter. Just let us know what you want to celebrate. We’ll be happy to take care of anything you can come up with. And there’s more. Why not visit one of our special nights. You won’t regret it.

Happiness in a glass

There are treasures in our cellar that are just waiting to be raised by you. Preferably in the finest crystal glass. Our sommelier spares no effort in tracking down the finest drops from the best wineries and serving them to you. What do you fancy? A sip of sparkling joie de vivre or a mouthful of tannic elegance? Or perhaps the lusty passion of a young white or the tangy sweetness of a rosé… Either way – sit back and let us surprise you. To the wine list:

A collaboration at the highest level.

Whatever question is on the tip of your tongue.
Whatever wish we can help you with.
You will find all contact information here.
Looking forward to hearing from you!

Stay on the ball and be the first to know what’s happening at Rifugio Comici. Don’t miss any of our specials and look forward to an exclusive glimpse into what’s going on. Subscribe to our newsletter now!

Emilio Comici, an enthusiastic mountaineer who gave his name to the mountain hut, dedicated his whole life to the Dolomites. Born in 1901 in Trieste, he began to break out early and at 31 he left his home to live in the Dolomites and work as a mountain guide. He was very successful, opening legendary climbing routes, and received a gold medal for climbing the north wall of the Sassolungo. His private life was no less adventurous, and tales of his numerous love affairs gave him the reputation of a Casanova. The idol of many a woman’s dream died tragically in his beloved mountains, falling from a practice cliff in 1940.

Your Browser is not supported!

You are using an outdated browser. To have the best experience use one of the following browsers: